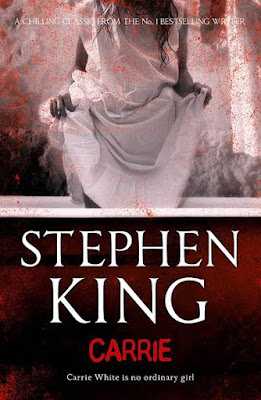 One of Stephen King’s earlier novels, this book explores the world of a bullied girl, Carrie, with a maniacal mother, and of the wondrous power of telekinesis which Carrie possesses, that does such horrible things. Carrie is teased at every stage of her life and is beaten up by her mother all the time. When Tommy Ross invites her to the prom ball, Chris, one of Carrie’s bullies along with her boyfriend Billy Nolan plan up a horrible night for Carrie. Forced, Carrie uses her powers that lead to terrible consequences. This was one of the first horror books that I have read, and I quiet enjoyed it because it wasn’t actually as scary as it was interesting. The reason I liked the book was how Stephen King built the plot up, and the techniques he used to make the whole story of Carrie believable, as if Carrie was a real-life character. He describes the mentality of every single character helping us understand why someone was evil and why someone was not. He has also used fake newspaper article snippets on Carrie’s problems, and has also created a fake autobiography written by Sue Snell, one of Carrie’s classmates. This makes the story very credible, as Stephen King also includes science articles that show how someone can have telekinesis.
© 2018, Anvita Agarwal. All rights reserved.
Posted by Anvita at 2:33 PM